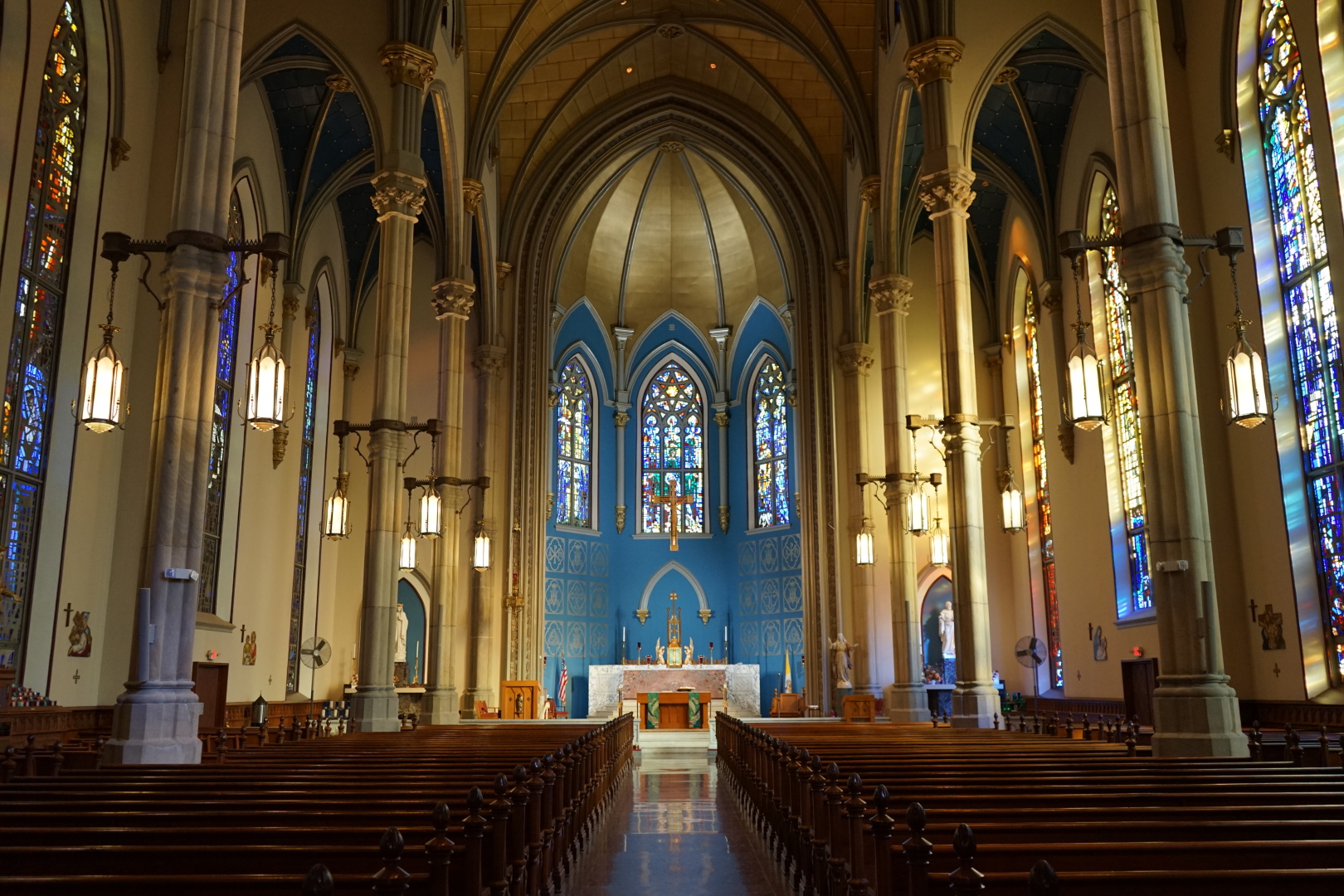 The first church building was erected in 1842 and the first school was started in the church basement in 1849.  In 1848, Fr. Philip Foley was appointed as the first resident pastor.  Due to the fact that he could not speak German, he was assisted by two Canton priests, Fr. John Luhr and Fr. John Jacomet.   After an arson fire in 1852, a small church was rebuilt in 1853.  In 1875, the building was razed to make way for the present church. 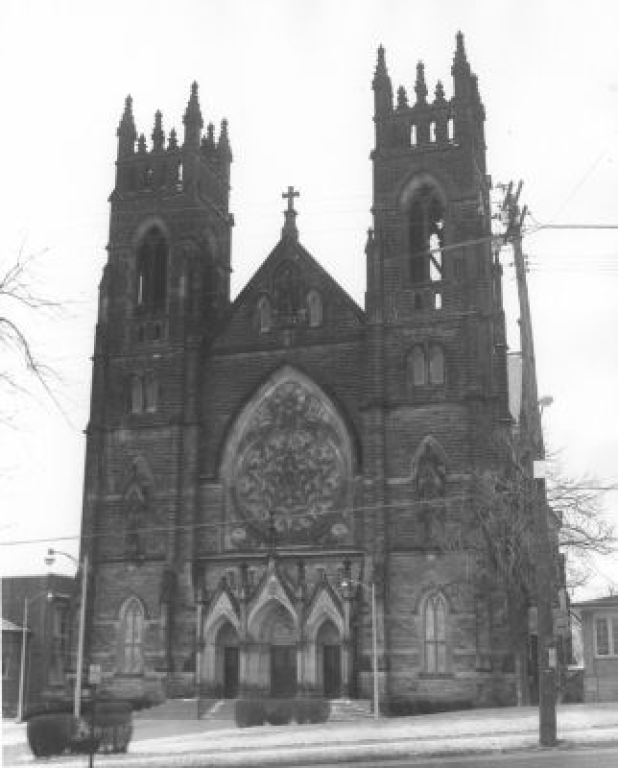 The cornerstone for the current church was laid on September 1876 and most of the work was completed by 1880.  The building was officially dedicated on August 21st, 1892, by the Most Reverend Ignatius F. Horstmann, Bishop of Cleveland.

In 1902, the current rectory building was constructed. The convent (now the Parish Center) was built in 1916, and the school buildings were constructed in 1929 and 1951.

In 1926, the church building was consecrated.

In 1943, the Diocese of Youngstown was formed out of 6 counties formerly a part of the Cleveland Diocese.

In 1981, The Monsignor Labbe Center (Parish Hall) was dedicated.

In 1989, St. Mary's celebrated the sesquicentennial (175th year) of its parish.  The parish organ (originally installed in 1921) was refurbished and renovated.

In 2012, The National Shrine of St. Dymphna was moved from the Massillon State Hospital to St. Mary's Parish.

On August 4th 2015, a fire broke out in the church and gutted the baptistry and National Shrine of St. Dymphna.  There was also heavy smoke and heat damage throughout the rest of the building.  Following a 16-month renovation, the building was reopened and the first Mass was held on Christmas Eve 2016.

Following the renovations of 2016 and because of a successful Capital Campaign, (thanks to the generosity and faithfulness of so many people!) interior and exterior renovations continue.  Most recently, aging concrete has been replaced at all the entrances of the church.  More renovations are planned for the future.  The continued support of St. Mary's parishioners shows the commitment to our parish, our community, and our Catholic Faith.